Members of the Sequoia Union High School District Board of Trustees are elected by the general population. Board members are elected to four year terms. Student Trustees serve a one-year term.
The public may email all board members via board@seq.org.

President
First joined board: December, 2009
Current term ends: December, 2022
Contact Information
Address: 480 James Ave., Redwood City, CA 94062
Phone: 650.592.6129
Email: asarver@seq.org
Committees
TIDE Small School Task Force
Redwood City 2020 Leadership Council
San Mateo County School Boards Association Board
San Mateo County Career Technical Education Advisory Board Steering Committee
Biography
Alan earned a B.A. in Sociology and his Teaching Credential from U.C. San Diego in 1976 and then worked as an Elementary teacher.  He later entered a high tech career, leading projects and developing software products for local and global use, and retired as Director of Product Management at Oracle Corporation in 2002. Alan has served as a Trustee for the Sequoia Union High School District since 2009, and continues to run the Music Mentor program for Carlmont High School and the Belmont-Redwood Shores School District, and to Chair the Save the Music Festival in Belmont.  Alan lives in Belmont with his wife Emily.  Their daughter Ariel is a High School English Teacher in the Campbell Union High School District, and daughter Hannah is a Software Engineer at Apple.  Both daughters are graduates of Carlmont High School.

Her passion for education issues comes from 12 years of advocacy for foster youth, her two decades of involvement with the Rosalie Rendu Center of East Palo Alto, and many other community projects related to children and youth.  More recently, Carrie has helped to stimulate community conversations about mental health and trauma that affect student learning.

She serves as a delegate to the California School Boards Association (CSBA) and is a past president of the San Mateo County School Boards Association. She believes her work for county and state associations allows for her own continuous learning about the complex issues related to public education. Carrie is proud of her work chairing major educational conferences on topics such as mental health, social emotional learning and vulnerable children. She was also honored to chair the CSBA Annual Education Conference in 2017, which brought together 6,000 educational leaders statewide.

Carrie was the San Carlos Citizen of the year in 2005 for her community work and fundraising efforts for public schools. She is real estate agent in San Carlos and the mother of three boys who all attended public schools. Her youngest son is a freshman at Carlmont High School.

Chris Thomsen has been the Executive Director of Stanford University’s Institute for Research in the Social Sciences since its founding (2004). The Institute is the home to research centers on poverty and inequality, immigration, democracy, philanthropy and civil society and other domains where social science can have an impact on global challenges. Prior to that, Thomsen was appointed by the Stanford provost to be the director of the President's Commission on Technology, Teaching, and Learning.  In this role (1995-2000) he provided an institutional planning focus on understanding how technology should serve the core mission of the University. He continued his work on educational technology during a sabbatical leave (1999) receiving the first appointment as the Tans Visiting Professor at the University of Maastricht in the Netherlands.

In addition to the institutional planning efforts, Thomsen is widely recognized within the Stanford community for the decade he served as director of Stanford Sierra Camp—though it was many years ago.  He left Stanford briefly (2000-2003) to head a biotech startup, where he was co-founder and president of Tao Biosciences. 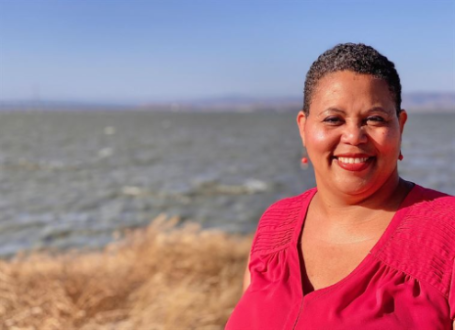 Member
First joined the board: December, 2020
Current term ends: December, 2024
Contact Information
Address: 480 James Ave., Redwood City, CA 94062
Phone: 650.241.9674
Email:  smstevenson@seq.org
Biography
Shawneece was elected to the Board of Trustee November 2020.  She is a proud parent of three Ravenswood School District graduates, two of whom currently attend Menlo-Atherton and a graduate of Menlo Atherton High School.  Over the years, she has taken an active role in the district, including serving on the Menlo-Atherton Foundation Board and working closely with Black Student Union clubs at Menlo-Atherton and Sequoia High Schools helping students use their voice for advocacy.
Shawneece holds a Masters in Social Worker Administration from the University of Cincinnati. She currently works at a local private innovative school focused on health and education integration. She leads the resource and referral strategy to support families with their personal life goals and consult with our parent wellness coaching team.  Shawneece has had a variety of organizational and family service experience children, families, and communities. She has managed early intervention services serving young children and families with special needs through the local Early Start Program. And, Shawneece is also a resident of East Palo Alto. 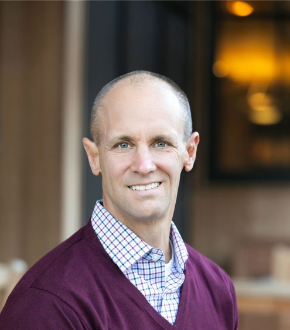 Member
First joined board: December, 2020
Current term ends: December, 2024
Contact Information
Address: 480 James Avenue, Redwood City, CA 94062
Email: rginn@seq.org
Committees:
Redwood City 2020
Redwood City 2x2x2
Budget
Benefits
Biography
Rich Ginn served two terms (2010-2018) on the governing board of the Las Lomitas Elementary
School District.
Rich was born and raised in West Covina, CA by parents who both worked in the
Hacienda La Puente School District. His mom taught several different elementary
school grades and his dad was the school psychologist. Rich has one sister who works
as a physical therapist, mainly with senior citizens, in San Bernadino County.
Rich attended the local public schools K-12, then moved to the Bay Area to attend
Stanford. At Stanford, he pursued a co-term program and earned an undergraduate
degree in Quantitative Economics and a Masters in Engineering.
After Stanford, Rich joined Decision Focus, a consulting firm in Mountain View, CA that
specialized in developing algorithms for recurring decision situations and implementing
those algorithms in custom software developed for the firm’s clients.
Next, Rich was recruited to be the first full-time employee of a new Philips Electronics
division that built the first app store. The idea was to have the first-mover advantage in
the soon-to-be huge market for Windows CE applications. Unfortunately, Windows CE
devices never achieved wide-spread adoption.
From 1998-2000 Rich pursued an MBA at UCLA with a focus on finance and
accounting. In 1999, he served as an intern at Costella Kirsch
(www.costellakirsch.com), a Menlo Park based finance company founded in 1986 which
provides structured debt capital to start-up companies. Rich continued to work part-time
for the firm during his second year of business school then joined full-time in June 2000.
He became Managing Director and CFO of the firm a few years later and continues in
that role today.
Rich lives in Menlo Park, CA with his wife, two kids, and a very cute labradoodle. He
enjoys outdoor activities, especially running and biking.
LinkedIn profile:
https://www.linkedin.com/in/richard-ginn-74039/